We are currently offering our users an exclusive opportunity to participate in an upcoming trial of the new firmware for our Rocket Wi-Fi Modem (CGN3ACR, CGN3AMR and CGN3ACSMR) and Rocket Gigabit Wi-Fi Modem (CGN3552 and CODA-4582). For details of this program, please see this thread.

This thread will be used for feedback regarding the firmware.  We've invited @RogersSergio, @RogersSyd & @RogersBob from our Networking team to participate in this thread.  Your feedback is very valuable and will be used to enhance the firmware before it is released publicly.

Thank you for your continued feedback and support.

DragonSpyre
I'm Here A Lot
In response to RogersIan
Options

I would have taken it as a surprise, however no such luck.  No longer able to access the login at the usual 192.168.100.1 address.  Modem does seem to be continuing to operate unhindered.  Pings to common websites continue to be low with gaming and VOIP performing reliably.  Download and upload speeds are at the maximum attainable rate for the gigabit plan as they were with previous iteration of firmware.  Nothing out of the ordinary to report really.  There was a lot of fibre trenching being done in my area by Rogers but I haven't seen any updates to the infrastructure in my building as of yet, so maybe they are still on the way.

fd123
I Plan to Stick Around
In response to DragonSpyre
Options

You on the .35?  Haven't had a problem logging in at all. Almost 7days running now too. 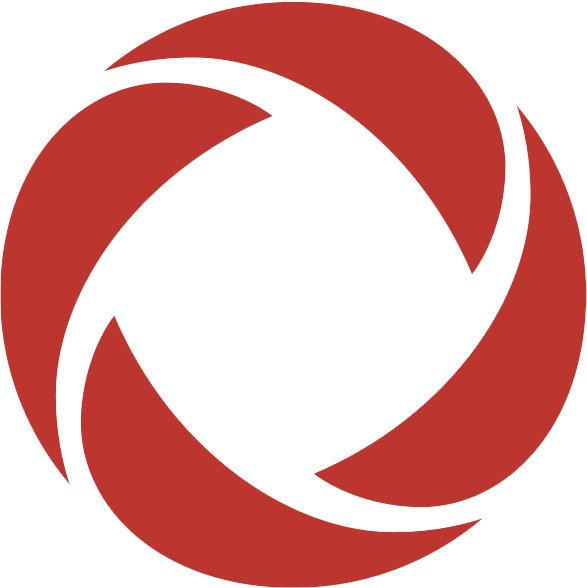 @gp-se  OFDMA is available and functioning on both our CODAs and XB6s where it is enabled on the network.

PizzaBear
I Plan to Stick Around
In response to fd123
Options

did you used to get those intermittent packet losses ? Are you not experiencing them with the new firmware?
0 Likes
Share
Reply

fd123
I Plan to Stick Around
In response to PizzaBear
Options

Never had any packet loss.  And knock on wood haven't had any troubles at all.


@gp-se  OFDMA is available and functioning on both our CODAs and XB6s where it is enabled on the network.

Good to hear, I hope it gets enabled on my Node soon.

DragonSpyre
I'm Here A Lot
In response to fd123
Options

I am indeed on the .35 variant.  I will try a reboot of my hardware today and see when the inability to log in happens again.  Which browser are you using when trying to access the login page?

fd123
I Plan to Stick Around
In response to DragonSpyre
Options

Edge Chromium on windows.  Still can log in, on the old .33 was lucky if you maybe got 1hr before it became inaccessible.  Only way was if it was rebooted, and then you'd still get the limited access.

Triple_Helix
I Plan to Stick Around
In response to fd123
Options

OFDM got turned on in my area!

DragonSpyre
I'm Here A Lot
In response to fd123
Options

I just had to do a hard reset of my Rogers modem, not only was the statistics page not available but there was a hard lockup where the front lights were showing sync and activity but no surf was able to be had.  After rebooting the Rogers modem (white Hitron monolith) my RT-AX88U router started processing the magic sand again.  I haven't ever had anything like this happen before so I will keep a close eye on it over the weekend and report if anything else is going on.

Triple_Helix
I Plan to Stick Around
In response to DragonSpyre
Options

The only thing I see with this new Firmware is I don't see any DOCSIS Event logs? I rebooted the Modem 3 to 4 times.

blues_clues
I Plan to Stick Around
In response to Triple_Helix
Options

My modem rebooted this early morning, around 4:00am.  I also had intermittent outages this morning around 10:00am and I had to physically unplug the modem and plug it back in.  I'm not sure if this is a firmware issue or due to OFDM/OFDMA enabled on my modem and testing is being done.   Do you have any insight as to the latter?  I know I cannot call Rogers tech support since I am a beta tester but I may need to be removed from the program as my son does online learning and cannot tolerate the outages during the day.

We will be rolling out new code for our CGN3AC  trial users over the next couple of days.

The new build 4.5.8.42 has 2 changes which are both geared toward the backend management.

Once you have had some time with the new code please let us know what you think.

noziel
I Plan to Stick Around
In response to RogersIan
Options

user12343543
I Plan to Stick Around
In response to RogersIan
Options

lethalsniper
I'm an Enthusiast
In response to user12343543
Options

I’m kind of confused me and my in laws live in the same building i live on the 7th floor in-laws live on the 9th floor I have the coda modem they have the Cgn3acsmr modem when running a ping / jitter test both wired when doing the test the Cgn3acsmr always comes on top with lower jitter they hit 1 jitter the coda get 6 jitter and a slightly higher pings. What I wanna know have they fixed the issues with the puma6 latency or does the Cgn3acsmr modem work or is just more compatible in our area / building
0 Likes
Share
Reply

@lethalsniper I don't recall if you have an OFDMA upstream channel running, but I don't believe so.  In that case, the upstream channels on both modems are using 6 Mhz wide QAM channels.

Now, also keep in mind that Rogers may have assigned all of the OFDM capable modems to the OFDM channel, significantly decreasing the load on the QAM channels.  I don't know if there is a mixed mode in operation whereby the modems use both OFDM and QAM channels for customer data or if the OFDM channel has the majority load of the customer data, for those customers who are using an OFDM capable modem.  That would also explain why customers are see decreasing performance as the overall OFDM load has increased significantly since March 2017.

Looking back on some test data, there is a three to four times increase in the downstream ping times from the CMTS.  I'll have to do a little more testing to get a better idea of what that number is, but, there is a significant increase in that CMTS to modem time frame, despite the use of the OFDM channel.

The end goal of the cable operators will be to remove the QAM channels and reassign the frequencies to OFDM channels, significantly increasing the throughput of the CMTS to modem portion of the system.  That will take a long time to accomplish, just like removing analogue tv channels took a long time to remove.  Its possible to run custom OFDM configurations around the QAM channels but I don't know if any cable operator is actually doing it.

For what its worth, and I've said this in the past, I think your apartment building has a problem with its cable system, and no amount of complaining on the forum will fix that.  You need to be speaking with the building management and owners to change out the cabling and basement MDU's.  The goal should be to install fibre.  The copper cabling could probably be left in place and abandoned instead of paying to remove it.  Pull fibre and install fibre ports in all apartments.

lethalsniper
I'm an Enthusiast
In response to Datalink
Options

Thanks for the reply .. I still don’t get how the Cgn3acsmr is getting better pings and less jitter then the coda modem basically when the coda get a 6 jitter the Cgn3acsmr gets 3jitter if we are still located at the same building and as for the cables from what I know they have replaced all cables a year ago in Basment but not in the units.
0 Likes
Share
Reply

The OFDM channel subcarriers are greatly reduced in signal levels compared to the QAM channels.  So, if there is a problem with broadband noise in the buildings cable system across the OFDM band, or significant noise in certain OFDM frequencies, you would probably end up with greater data losses and a need to retransmit data that was lost.  That would lead to greater jitter numbers as the ping times would or could be longer depending on what protocol was used, we're talking about ping to ping times which is used in the jitter calculation.

OFDM is very robust in comparison to the QAM channels due to additional error correction, but, I don't think its indestructible.  Taking OFDM out of the lab and into the real world probably has its challenges, the greatest probably being system noise.