Data Overage Error - Why did it occur & How to quickly Fix it?

Now when have any of us had a call back that our ticket has been addressed?

Glad to hear that the communication is flowing.  With time it will get fixed.

Maybe addressed means it is being looked at and assigned to someone to work with. But certainly not fixed.

For now, I am going to move on, watch some TV and coincidentally, since I am also not working, and have way too much time on my hands, I will go back to my current programming project - learning how to replicate a client information database I helped implement decades ago, but this time purely in Linux open source on an old desktop as the server and an old laptop as the front end client on a peer to peer network.  I expect to go through lots of bugs before the end is reached.

And I will leave the code debugging to the Rogers group, but it was a fun exercise - I am a bit of a Sheldon geek in nature. 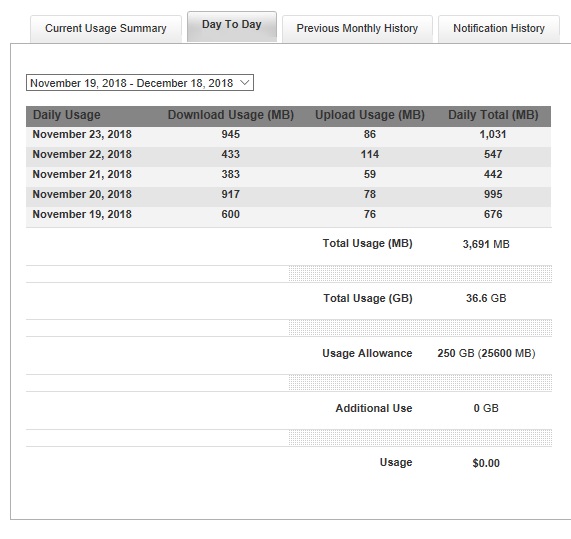 Here's mine.  Daily shows incorrect GB and Allowance, but my landing page is OK:

Interesting.....  Your Day-to-Day table says  "unlimited"  for Usage Allowance, but your Landing page says "97.02GB remaining of your 125GB".  I may have to report two problems to @CommunityHelps. One Technical for the errors being displayed and one for the error on my bill from the billing system. I am not really sure if my Ticket C138612306 was for the Billing Error or both. I'll follow up on Monday.  Cheers.

To explain the result of my Rogers Billing Error accusation, I have shown the "faulty" table for my Previous Monthly History. The fact that everything is 10X the actual amount was my initial Technical Error complaint which has not yet been addressed.  Still waiting for that, and I was informed that some may receive the 75% or 100% usage notifications in error.

Anyway, to explain what happened, below is my NOVEMBER Internet Billing data. ( up to Nov 18, 2018 in my case)

Note that my NOVEMBER internet bill is actually for the next Nov 19-Dec 18 billing period, whereas the Additional Usage Data is for the Sep 19 - Oct 18 billing period.  Herein lies MY mistaken assumption.

It should explain why I thought I had 5GB (in Oct-Nov) instead of 12GB (in Sep-Oct).  The 5GB will (I hope) be clearly shown on my DECEMBER bill.   I incorrectly assumed that my November Bill would have had the Ending Nov 18 billing period's Additional Usage data on it, not the Additional Usage Ending on Oct 18. 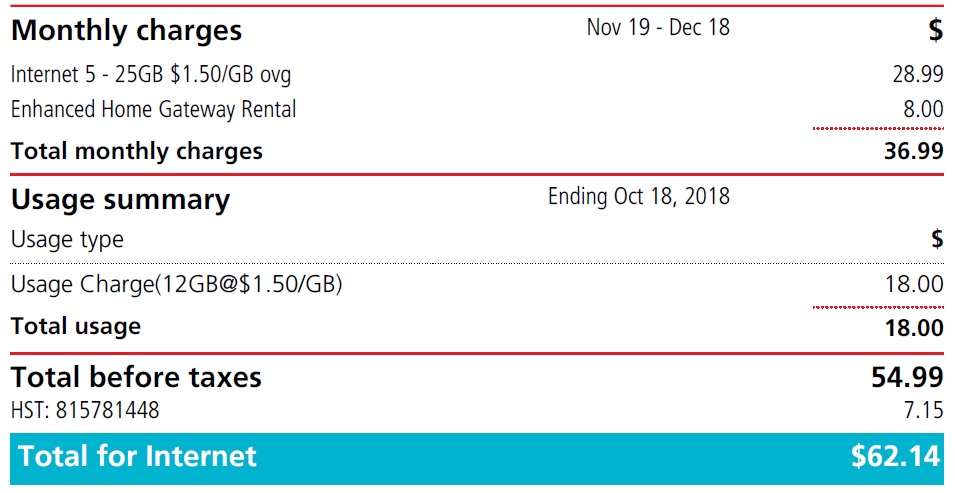 I just got another automated call advising me that the issue is not fixed and that they are still working on it...

Thanks @User14  In all the years of being able to see usage and overages, I have never actually clued into the reality that overages are charged on the following bill.  That kind of makes a bit of sense since the data is delayed by up to 48 hours they say, although I usually don't get my bill until 4 days later, but they are pulling batch data in from many discrete systems (phone usage of all types, plans types and billing rates, Internet, TV, home phone), and all of the basic use of our systems is billed a month in advance and they prorate when we change in the middle of a month or adjust in various ways by rebating the change and setting up a partial charge, but these are all fixed, the others have to be pulled together into the billing system, not the monitoring system.

I have only had 4 overages in all my years on phone and Internet, and the Internet was a result of SamKnows testing data.  I knew at that time, that the overage didn't show up on the bill until the next month, but the SamKnows team credited me back within a day or two, so my bill was lowered and I had to remember to keep that overage aside for the next bill.

To say the least, the billing and monitoring system is not overly intuitive on this one area.  They did great things to deal with the confusion from changes to the plans mid billing period with the graphs, and credit and new charges system of reporting, but like I said, never did clue into the fact that the actual billing of overages was actually a month delayed.  Go figure.

A good thing out of this strange thing they are having a challenge themselves first understanding along with us is that you and I and others just learned something I never realized about my bill, even though it has been sitting there saying that each time I had an overage, I just never clued in.

Thanks for all the details visuals which are so much easier to understand.

Now we seem to know that we are being billed properly, although definitely confusing until you figure it out (wonder how many staff are aware of this method on the bill), but as always, I still trust that I will find unexpected errors, or things I can't understand anytime there is a change, or something out of the ordinary.  This is the challenge and waste of time for all that I find is that other than as mentioned before the clarification on prorating, and changes, (although I still have been burned on the bill on prorating, but have always had it corrected because it wasn't explained), there remains areas of changes of the bill that remain confusing.

The world of technology and automated systems - sometimes they are very logical to the programmer and the designer, but create nothing but confusion once the user sees the result.  Not new in computer technology, getting an automated view of information that all users can understand easily and prevent errors in data entry and changes, has always been the greateast challenge, solved usually through beta testing and constant communication with users, but I won't comment on that one.  Rogers is improving gradually with each challenge that we the user and staff are confronted by, reactive, not proactively, but at least they do try.  Guess that is the crutch of why I stay, in spite of the headaches of never expecting anything to go right.  Reality is that I have made a lot of changes in the last 5 years, due to changing financial situations and service needs.

It's been 3 weeks since this issue was reported.  I got another automated call on the weekend saying that there has been a delay in getting this fixed.  I'm guessing that it's not affecting billing and they're taking their time...

I just logged into my Internet Usage and my tables appear to be correct.  No more factor of 10 errors.  Thanks Rogers.  I hope other people see the same on their MyRogers Internet. 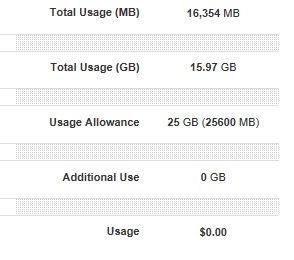 Message 40 of 49
1,516 Views
Report Content
Reply Reply
2 Likes
Where do you want to go?
Topic Stats
Recent Knowledge Base Articles
View All