I appreciate your interest in having the RCS supported on the native (Samsung) Messages app. At the moment, we are unable to comment on the service which we don't currently offer. Please stay tuned we will update the Community as the information becomes available.

Markham_Snappy
I Plan to Stick Around

From what I've read about RCS, Samsung's stock texting app is supposed to be inter-operable with Android Messages as they both support whats called the RCS "Universal Profile".

The Universal Profile is what Google is pushing and gaining traction with. Prior to the RCS UP, some carriers had and still have RCS but it isn't compatible with other RCS servers.

I'm pretty sure in the RCS whitepaper they mention Samsung's app client uses the UP.

Down the road / in the future, I have to imagine that other app makers will adopt RCS into their apps.

Features that Viber or WeChat or Textra have that are unique to their ecosystems will be coded into the RCS Universal Profile (server software), and any other app maker/competitor that wants to support those features can add them into their apps (client software).

Features such as 'stickers' and deleting messages sent as a mistake and 'Snaps' like what Snapchat does.

The whole benefit to the RCS UP is to get the carriers (Rogers/Bell/Telus) involved in Internet chatting... SMS/MMS is limited and not preferred these days. The bonus is that if someone you Chat with doesn't have a UP client app on their device (iPhone), then a regular SMS is sent in place of the RCS Chat message.

Google Hangouts did all of this and some more (with Google Voice in the USA) but was limited as it could not send SMS/MMS.

daniel10
I Plan to Stick Around

Since Samsung is confriming that there message app will work with google andriod messages and RCS does that mean Roger's will support it as well? Bel already supports Samsung messages.
Message 83 of 97
2,036 Views
Report Content
Reply Reply
0 Likes
Highlighted

That is very interesting to hear. I have the samsung default messaging app with rcs and i know 4 other friends who also have newer samsungs with rcs capabilities and we all see the benefits of RCS between each other. I have ONE friend who is on Rogers wireless and works for them too and uses Android Messenger and i could send him rcs messages when i was a customer on Rogers / Fido but now i can not send him RCS messages because there still must be a compatibility issue between the other carriers like Bell and Telus aka Bellus between Rogers and Fido aka Fidogers.

So until I see the ability to send an RCS to my friend Roger who is using Rogers and works for Rogers then I will believe it. Right now there is still no RCS between Samsung Rcs and android messenger on different carriers yet. I will keep u guys informed when it works

daniel10
I Plan to Stick Around

It's been a while, and still only bell supports Samsung messenger for the RCS service. I'm hoping Rogers will get on board soon!!
Message 87 of 97
1,565 Views
Report Content
Reply Reply
0 Likes
Highlighted

Orinarhomill
I Plan to Stick Around

How do you set up RCS on Pixel 3 XL

Is it possible to set up RCS with a Pixel 3 XL device? If so and how? I've tried the Activity launcher method, which doesn't work for some reason. Or is this feature only available on the Pixel 4. 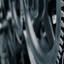 angelop
I Plan to Stick Around

or the android message app

Thanks for your post!  We're you able to sort this out since you last posted?

We hope it's resolved but to help you out further, we'd need to know where you encountered the problem and if you got any error message. Some Android users suggest you turn off Wi-Fi before initiating the setup steps, while others are reporting turning on Wi-Fi is helping them pass the "Stuck on verifying" issue.

Welcome to the Rogers Community @angelop!

I understand your desire to access Rich Communication Service features.

Have you also tried by registering for the Google Messages beta and downloading Activity Launcher?

Looking forward to your replies!

Message 90 of 97
902 Views
Report Content
Reply Reply
1 Like
Where do you want to go?
Topic Stats
Recent Knowledge Base Articles
View All