The internet I ordered at the beginning of June is still not installed to this day....

I ordered my Ignite internet around June 4th, my address is available in the ordering system(of course).

The first technician(from linked on which if under contract by Rogers) shows up and said he can't do it because he can not find the "Cable post" near my house. He left and told me he's manager will be here next week to check again.

The second technician (the manager) shows up at the following week, he told me he have to connect to the "Rogers Construction Team" for building a "Cable post" near my house or pulling and cable from the "Cable post" next street. Before he left, he told me a work order is created for me.

One month later (around mid-July) I called in Roger service number and been told that work order still in pending, there will be two senior technicians contact me before they arrive and they will do the job to connect the internet for me. I was happy and I know someone will be here to help me.

Another week later(around July 24) a kind hearted Rogers based technician shows up and checked the status and said they can simply hanging the cable on the utility pole to connect the internet from another side of the street. I was even happier based on the process is move forward a little bit.

At the first week of August, I contact Rogers again to check what's going on, the customer service is a very nice person, he told me he will send another technician to check again. Couple days later, the technician shows up to my house, he said he can't help me because he can't pull that cable by himself. He also gently suggested me to wait a month and do not ask Roger customer service to send technician anymore, because no matter how many time they comes they can do nothing for my case. I was deeply sorry for this situation and let him go.

I waited till August 29th, I know I should wait couple more day until September is arrive, but at the whole month of August, no one contact me, no one shows up the street to do the job, no "Cable post" is building on the street. I can't wait anymore, so I decide to contact Rogers again. The guy who answered my call told me my work order is been closed! I asked him "ARE YOU SURE?"(As I mentioned, no one shows up in this month), he said yes and will send a technician to my home soon.

The first week of September, the kind hearted technician called me before he head to my home, he ask me are there somebody do the job? I sad "As I know, no one shows up, there are no cable has been pulled and not post has been built". He said OK and shows up 2 hours later. We both upset what happened there. He send email to his manager and said if there are something happen he will let me know.

I called Rogers the next day, a lady take cared of me and she said she have to open another work order for me again to send two senior technicians to solve my problem.... I ask her it will be another 2 and half month waiting..? She said probably yeah.

On September 21, a technicians shows up to my house, he's from Linked-on, he read the note that I has been signed for two senior technicians, he has been send to do this work, he can't help me on my case. 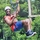 Welcome to the Rogers Community forums! We do thank you for sharing your experience with us so far and appreciate the efforts to get the services connected. I can understand how frustrating it is to have multiple technicians come out and still not have a resolution. If you can, we would like to take a further look into this for you and see if we can provide more clarity and assistance for you. Please feel free to send us a private message to @CommunityHelps so we can assist you further. For more information on how our Private Messaging system works, please check out our blog.

Last Friday(Sep 23), I called the customer service number again. The customer service staff was very kind to me. She marked my order as expedited and told me not to worry. The order marked as expedited has the highest priority. My order will be processed in the shortest possible time. A week has passed and no one has contacted me yet, I will continue to update my situation next week.

Today(Oct 5th) I called customer service again, I have been told that my "expedited" work order is closed at September 24, which is the next day of my last call, the customer service told me that technicians leave a message that my address have no signal so he can not do the job. I'm 100% sure no one shows up at September 24 (Saturday), I guess he just closed my work order and didn't want to try anything at all. Between September 24 to October 5th, no one contact me for this situation, if I'm not calling back I will never know what's going on there.

FYI, my neighbor use Rogers internet.

I checked my address again, someone removed my address from the system, now the internet is unavailable for my address and I also check all other houses around my area, they all available, only my address is not available. That's amazing.

Thanks for your posts! We're sorry to hear that your internet service has yet to be activated.

We appreciate you took the time to reach out to us via private message and for the opportunity to figure out what is causing this situation.

We've responded to your PM, so feel free to get back to us if this isn't resolved yet. Thank you so much!

Almost 5 month from the beginning, I don't know how long I need to keep waiting for the reaction from planning team, maybe they just don't care. People who work for this community (like Jermaine and Maude) help me a lot on my case, I really appreciate what they did for me. Those days I saw roger construction truck working something on the other side of the town, they're bring hope to me but it definitely too far from my home, this made me very sad.

Half year already, still no answer from "PLANNING TEAM"