Sorry to bring this up again, but starting two weeks ago, I've been getting random dropped frames usually at night.

But in the past two weeks, I've tried Studio, Slobs and Xsplit, all give me the same problems. Switched servers from the Toronto ingest server to Chicago, because it seems to be better according to the Twitch Bandwidth Tester, and it did reduce my dropped frames. I even tried a test stream on Youtube, at I still got dropped frames. Lowering the bitrate from my regular 5500 to 3500 didn't help either. I've done test streams through out the day, and most of the time, I get less during the day. Unfortunately, I can only usually stream at night. Every time I have a stream that has dropped frames, Twitch Inspector shows that it's got some Unstable Events too. 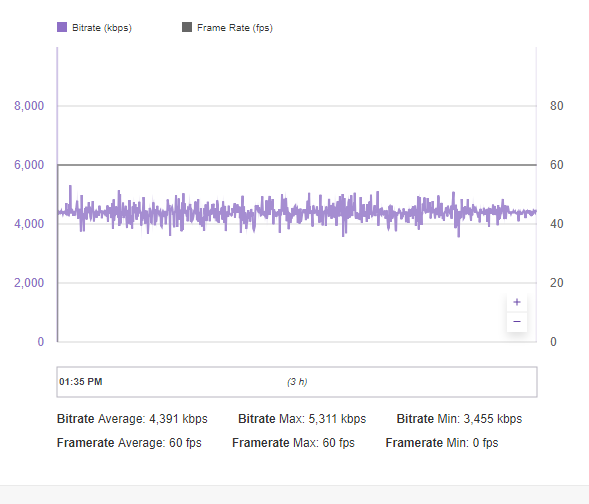 The night stream at 5000 bitrate, because I used to do 5500 without any problems. 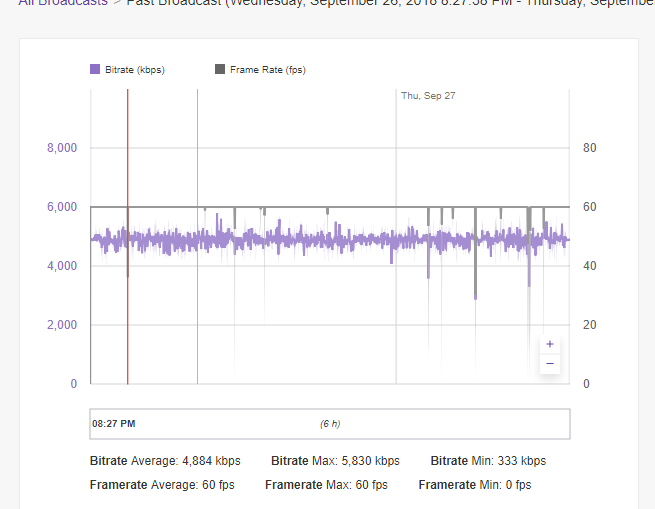 Reading through this thread, it seems like some have been having this problem for over a year? Is there really no fixing this at all?

There is literally nothing you can do.

I've made numerous calls and tickets and there hasn't been any effort to resolve these issues. Tickets always turn up with "looks good on our end, send another ticket if you're still having issues". I've spoken with the tech support "supervisors" and they also say there's literally nothing they can do but send in tickets. There's a year old thread with 15+ pages and no one from Rogers has even tried to address this issue.

At this point in time (and probably for many years to come, given just how long this problem has been ignored), Rogers does not care about this issue at all. If you truly need to be able to stream, or need a stable, low latency connection for anything other than UDP, go with Bell, or any other ISPs that use Bell's infrastructure.

You could also move to a TPIA, which might still use the Rogers network.  Only drawback is that you're limited in download/upload rates.  I remember seeing a post from another user who had switched from a TPIA to Rogers.  The comment went something along the lines of "there were't any issues with the TPIA when it came to streaming".  The differences will be in the modem, the routing into and out of the TPIA network and the peering arrangements that the TPIAs have with the other services.  So, food for thought .....

Has anyone gotten a solution or had contact with a employee that understood anything about twitch and your issue?

I can't stream on a schedule since I never know when my internet is going to be "okay" to handle it.
I've tried everything and annoyed countless employees.

So SLOBS does have logs. %appdata%\slobs-client\node-obs\logs

Also, regardless of provider, dropped frames will happen from time to time. At that %, it could be something as simple as a windows checking for something> please see my next post for some suggestions (NOTE: I do work at Rogers, but this is from my own personal experience as a streamer).

Not an official response, but employee who streams on twitch who would like to help.

What fixed my issues were doing the following:

Thanks a lot for your response. I have made the edits to the registry on my machine as you have outlined, but unfortunately it seems that they did improve the consistency of my output/upload connection when streaming. I've also noticed that there does not seem to be any notable pattern to the health of my connection (speaking specifically for streaming to Twitch) and is very sporadic. At times the connection is very stable in the morning on some days, and evening on other days; when I try to stream again at those times when I had been able to, I find that I am no longer able to due to very poor connection quality.

In addition to the changes and tweaks to the registry settings that you had suggested, would you know of any other way that could help, or ways to identify/diagnose the cause of this? I just wanted to communicate my frustration when facing such erratic and inconsistent behavior in my connection.

Dang my man. Was hoping it would work as well for me as others.

One thing I also noticed was I had a way better frequency of good connection when I had my ingest server to auto. Are you hard locked to a server? If not, add that into the mix.

Before the above and my success in staying connected, the way that worked best for me was having Torgaurd vpn up. It's not as bad as it seems.

Hopefully one of these will get you up and running.

I'm a customer care agent so normally deal in stuff outside of the technical realm, but am a tech enthusiast outside if my regular job. I will keep researching whatever I can to try to help.

Let me know if the server thing helps

I know this is an old thread but I'd like to add my issue and resolution and hope it will help some one.

Issue, same as in this thread:

Been streaming to Twitch off and on for some time now and started noticing that my connection quality did not persist with many dropped frames (15-20% on average).

The issue I found was with Primary Rogers DNS which is not editable in XB6 box that I have. When I run DNS test on primary Rogers DNS (64.71.255.204) it was loosing 24% of requests, not sure why the modem didn't switch to secondary (could be a bug).

Change primary/secondary DNS to something more reliable. If you're running your home set up with just Rogers modem and cannot change DNS IPs I suggest changing on PC/MAC that you are streaming from (Network setting).

There are many good alternate DNS servers with different intent and purposes you can use, do a little research on the net. After you find the one you think fits your needs you can further test selected DNS using tools like DNS Benchmark (free) and Quick Ping Monitor to find out quality (Loss Rate, RTT etc). Pick a few stable DNS IPs and test with Twitch to find out which is most stable.

After changing my primary/secondary DNS on my ASUS router I am 100% stream stable.

I hope this helps.

Message 29 of 29
1,568 Views
Report Content
Reply Reply
0 Likes
Where do you want to go?
Topic Stats
Recent Knowledge Base Articles
View All