Navigatr Guide - How To

This guide is designed to hopefully help walk people through how to manage some of the functions on the new Navigatr guide.

Some of these things may be WORK AROUNDS on how to do specific things, until a better way is released or fixed in the software.

Please feel free to add any other tips that you have learned how to use which have not been mentioned. Please refrain from leaving any complaints or problems that you may have on the other Navigatr threads and leave this just more as a how to & solutions. 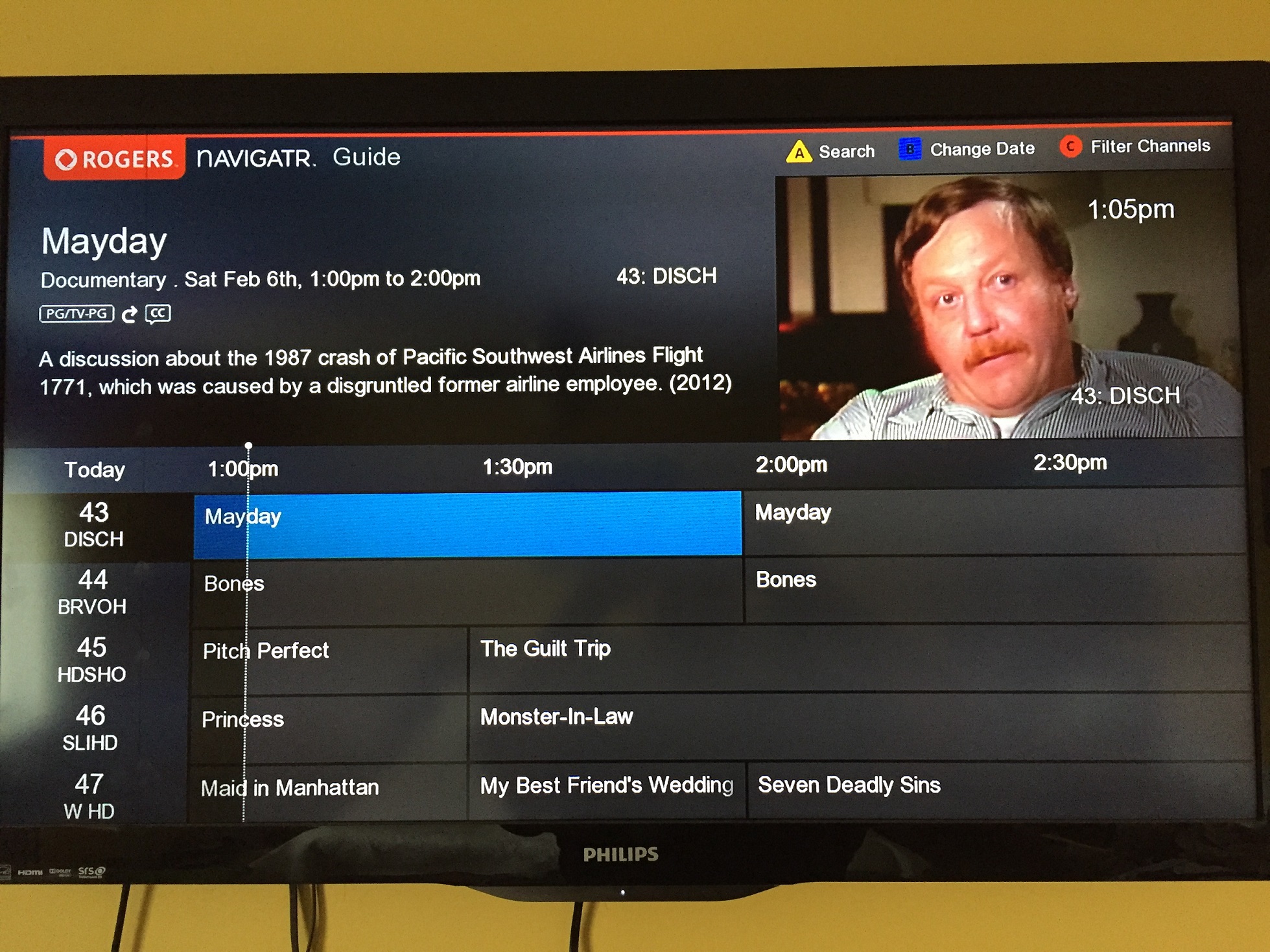 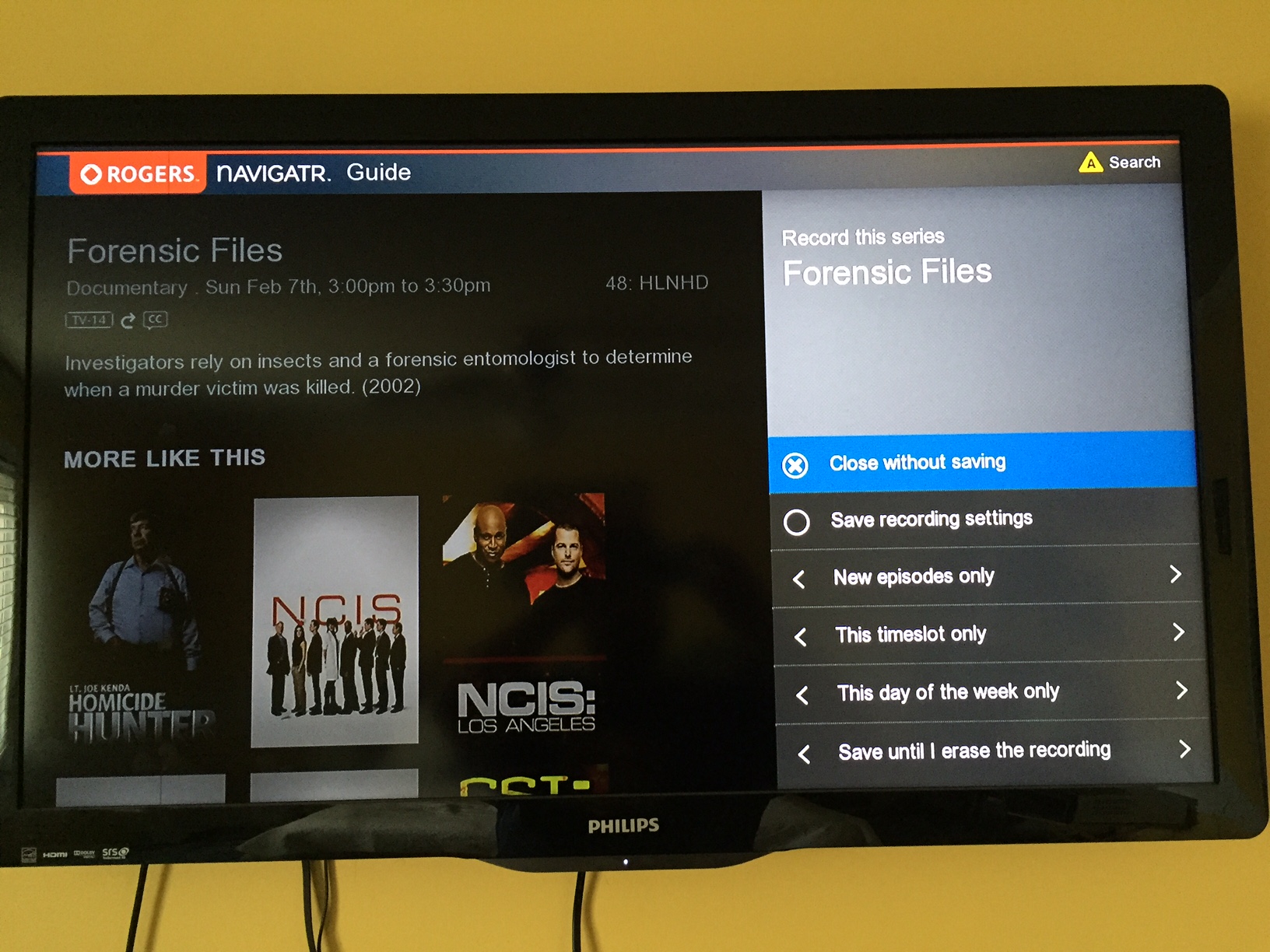 On the main guide screen, pressing C (filter) will bring up the following options: 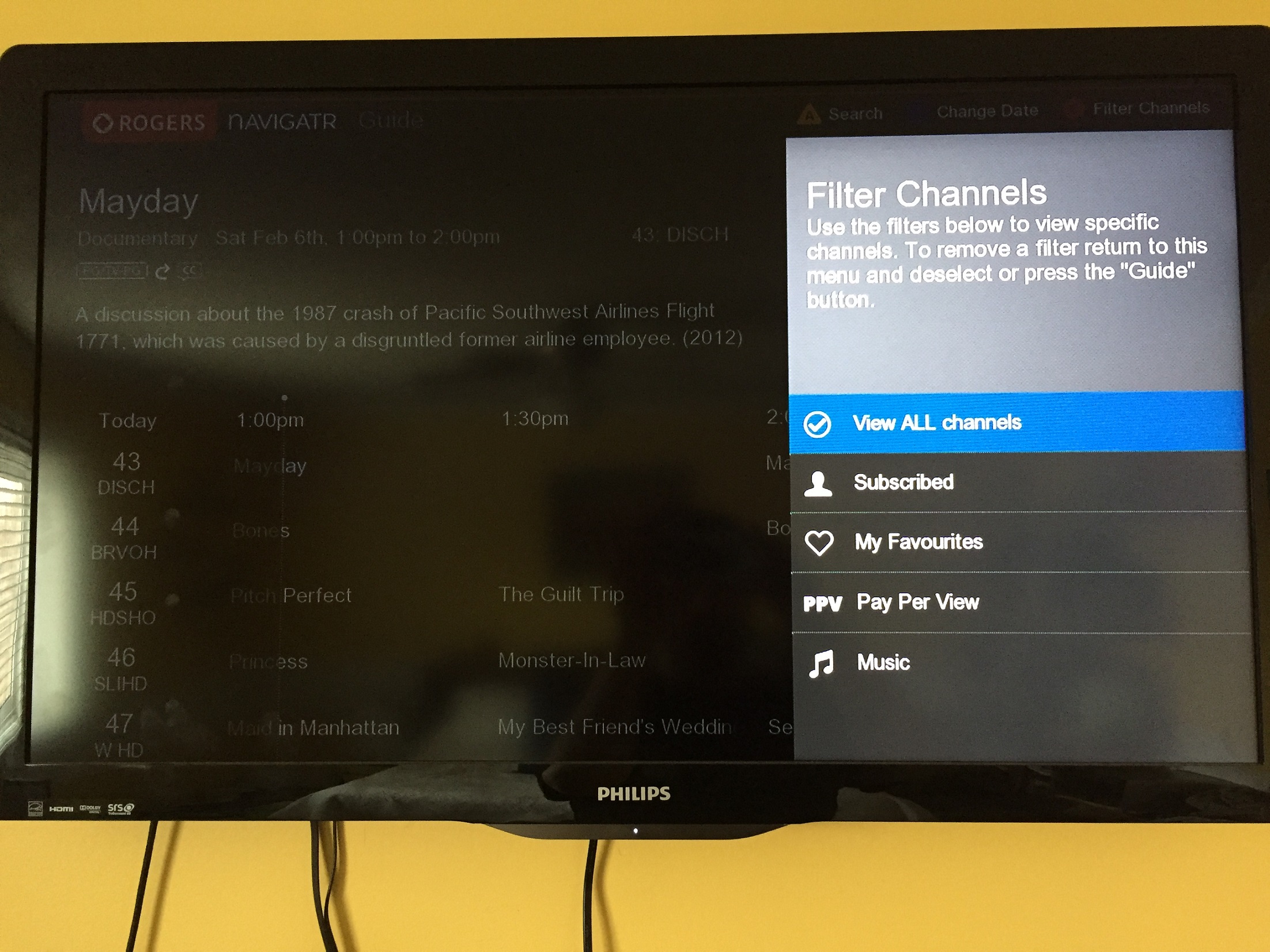 Favorites are a list you can make manually of a smaller subset of favorite channels.

The easiest way of bringing this list up is by pressing the guide button again.  Each consecutive press will toggle between the guide and favorites menu.

Setting Favorites can be done via: 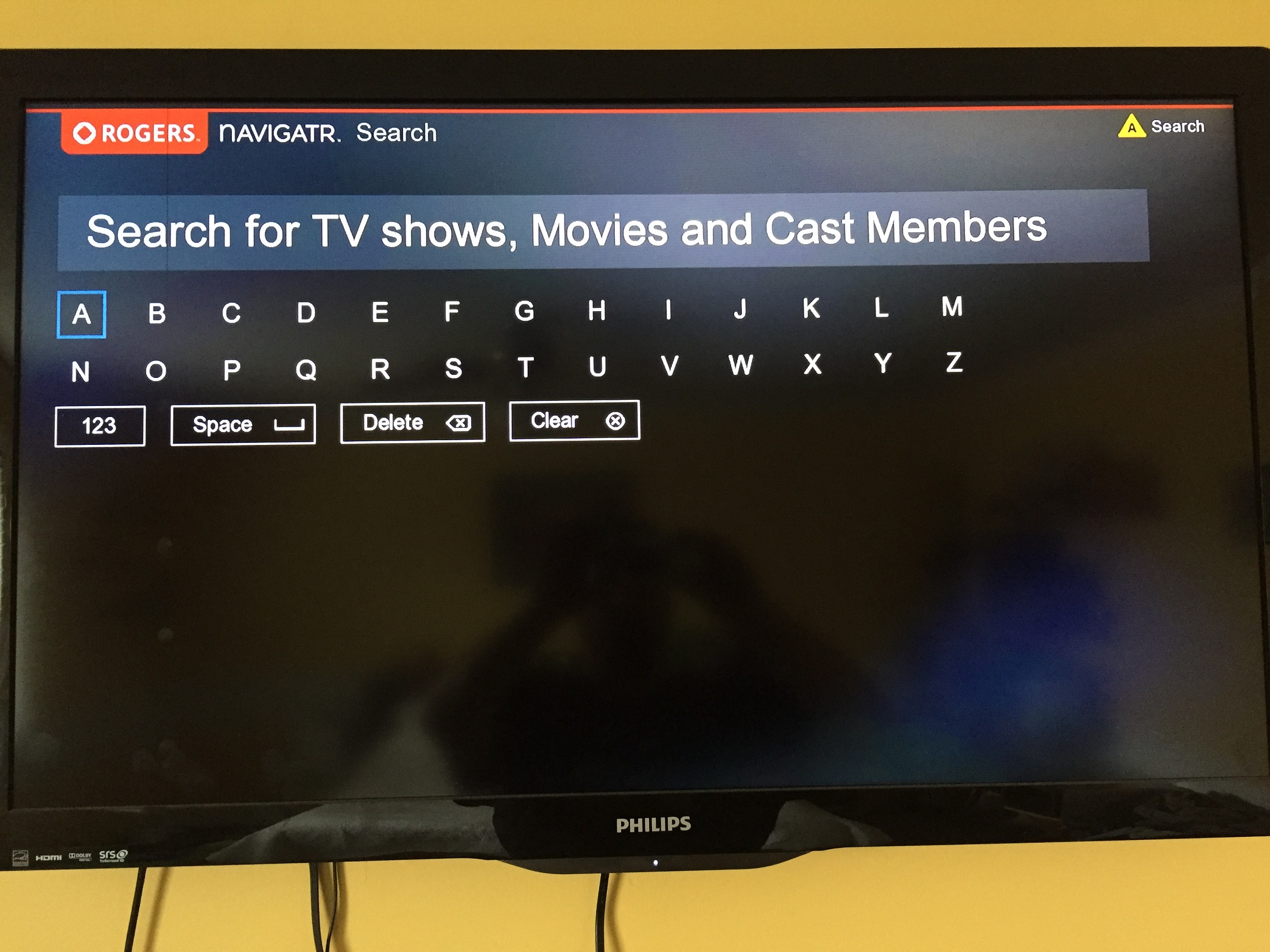 
The info button will act differently based on if you are watching LIVE TV or a RECORDING. 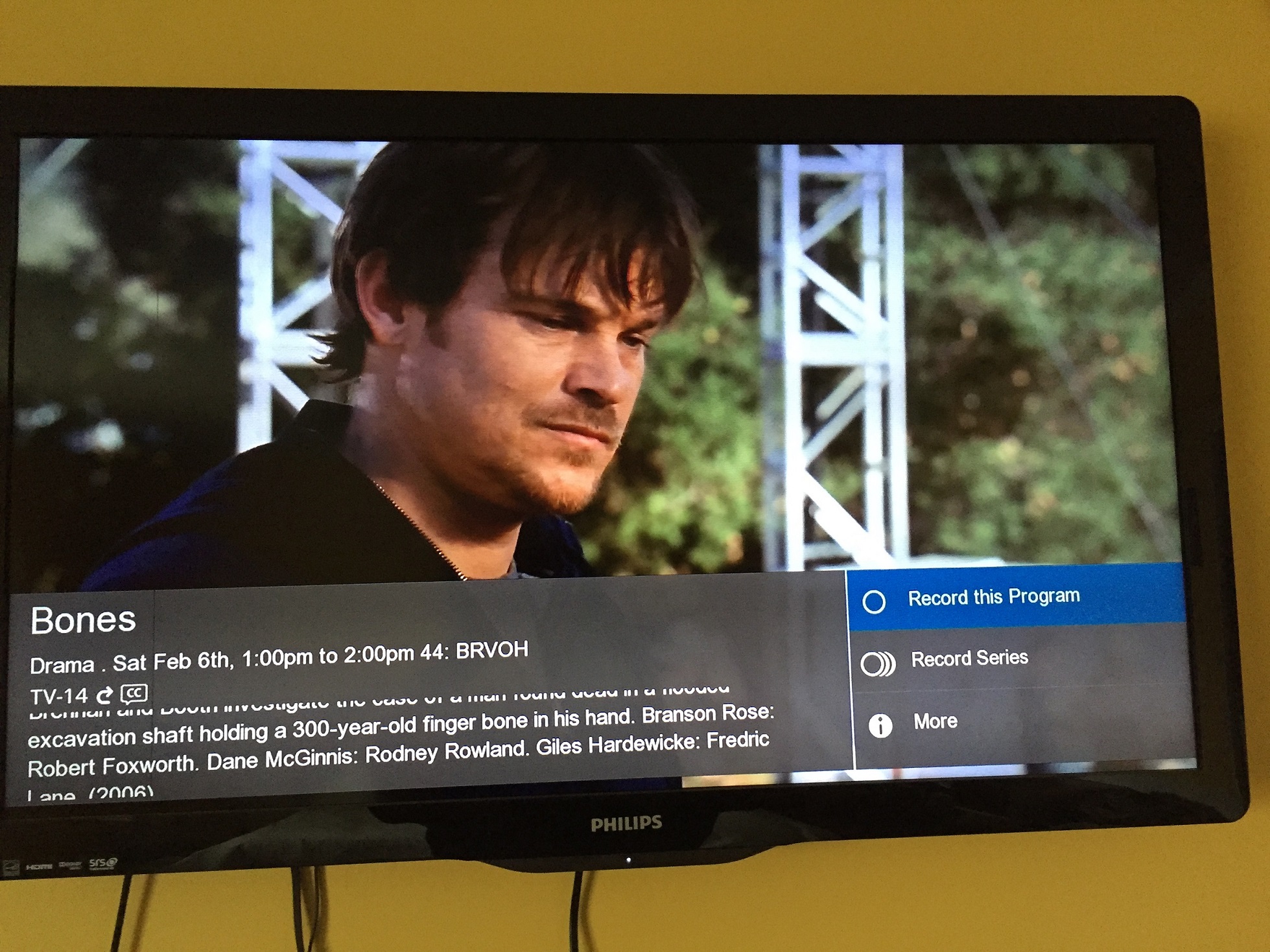 Will bring up the Info bar, showing the following:

*  On many screens, searches, Info, etc, you will see the ‘More like This’ suggestions.  These can be disabled.

To turn on closed captioning for Live TV there are two options currently.

As mentioned in the previous section, you need to do the following

At this point, there is no proper way to enable CC in ANY recordings.  This is a major deficiency in the software and will need to be rectified.
The problem seems to stem that the INFO button on a recording does not bring up the normal info screen, the same as live TV as it did in RTN.   It brings you back to a recording screen where those settings are not available.

Currently the ONLY solution, is to go into the settings on a LIVE tv channel first, then start your recording.

(Some users have reported that the CC on some recordings, even when doing this, are coming up garbled, primarily on a few channels)

The most major changes to the guide have happened here.

Under RTN all the programs showed up in a text list, by name in default (can change to sort by date as well).  Series recordings would be put in folders if multiple recordings.  All scheduled recordings were visible by pressing list an aditional time.

The new guide organizes everything by the program itself, where anything relating to that program, recordings or schedules all in the same spot. 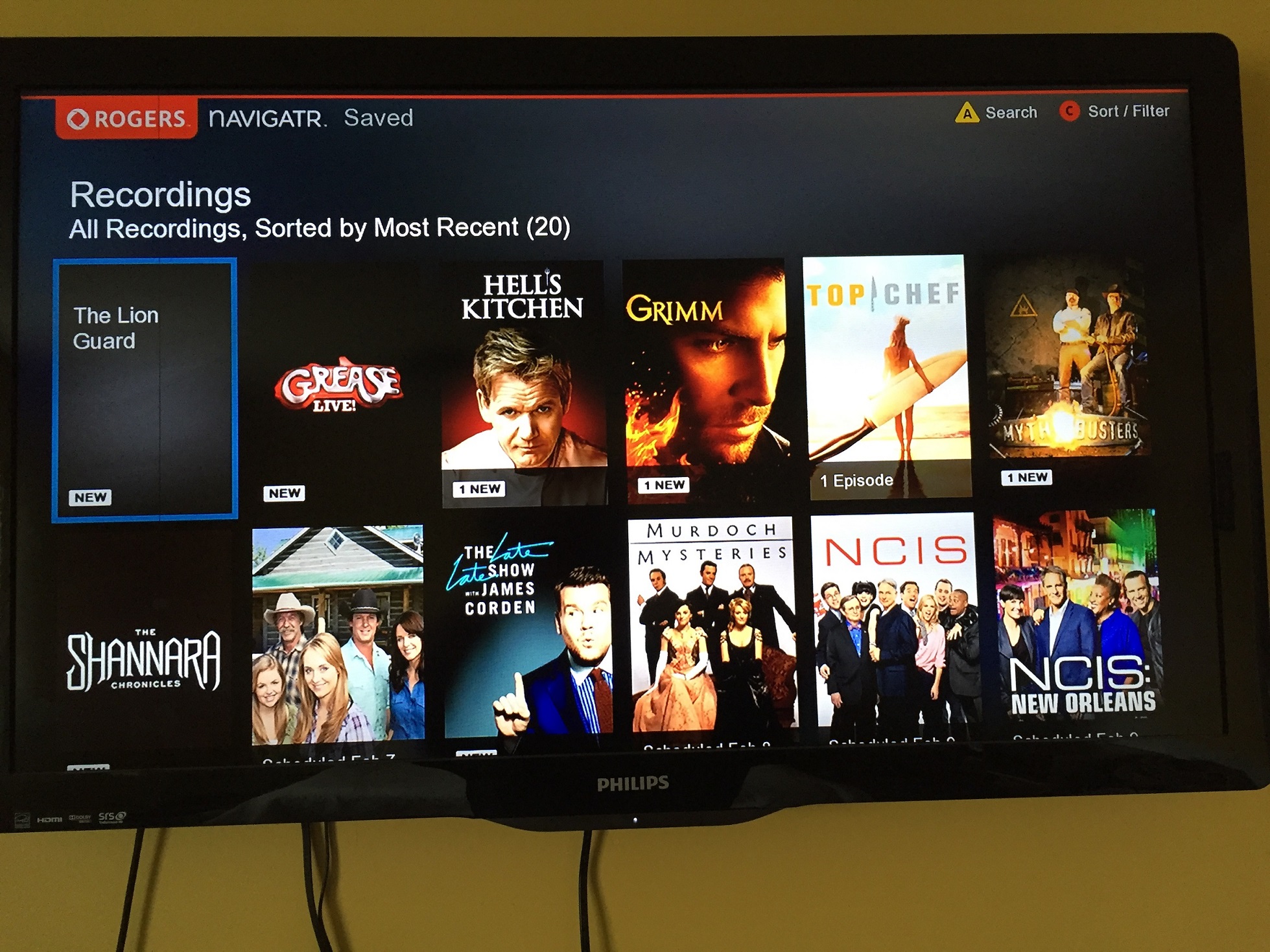 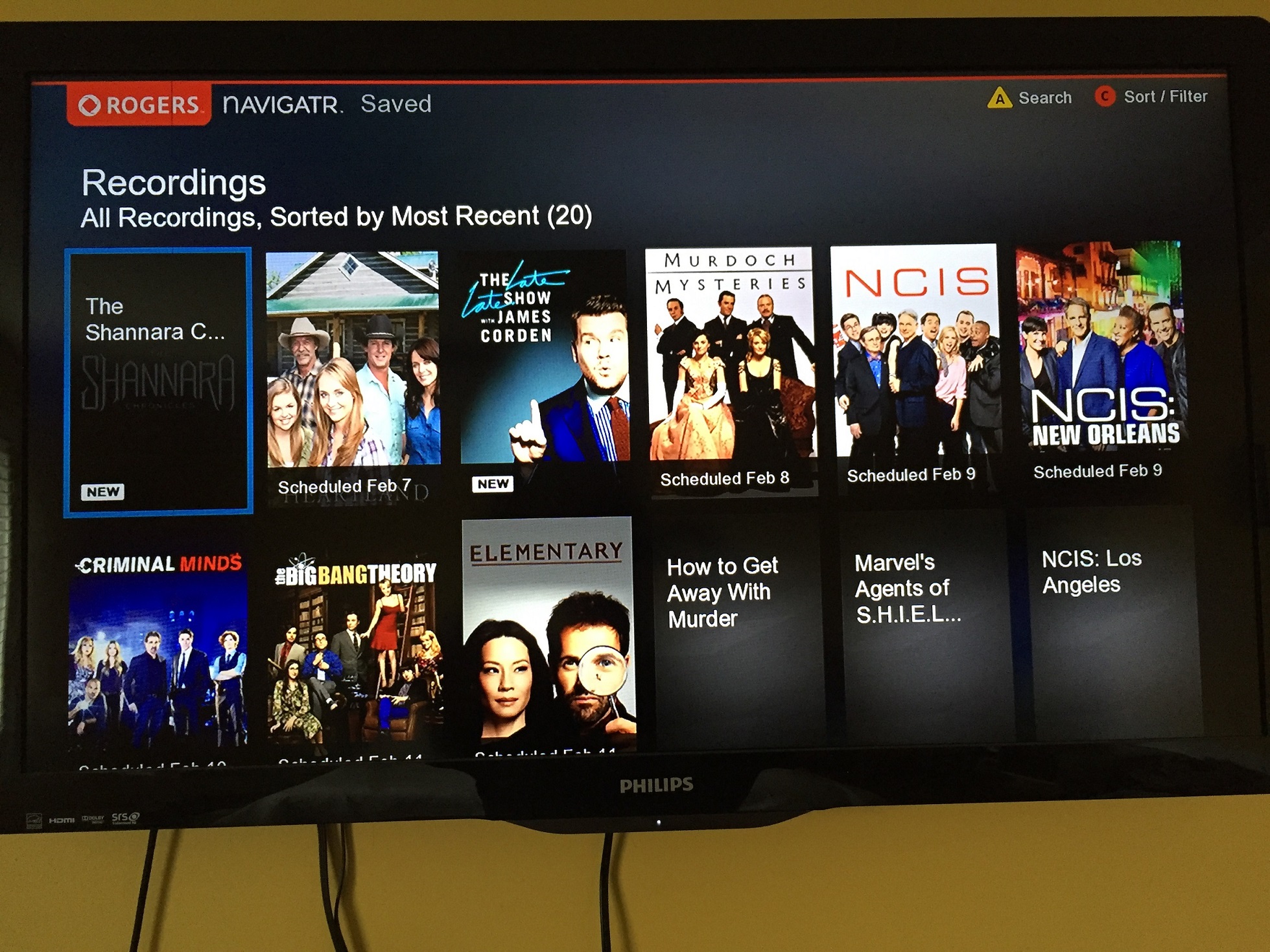 Each show will show up under its own ‘tile’ on the recordings display.  If you have a tile without an image, it will likely load after a day or so, or after a recording is actually done for that tile.

(scheduled recordings which have not recorded yet, will not have an image until after one of its recordings happen. EG: Above, ‘How to get away with murder’ has no recordings, has not recorded since the upgrade. There is series recording for it though, waiting for it to come up in the guide to schedule)

There are some different notifications on the tiles

* Some people have reported that they cannot see the bottom of the second row of tiles in their list. This may happen for any TV that is not set for 0% overscan. Most TVs default to 16:9 mode, which has about 2% overscan, meaning that you don’t see about 2% of the picture. This is done because many broadcasters don’t properly center their images and you may end up seeing very thin black bars or small white or coloured lines around the edge of the image. If your TV allows for it, invoke the 0% overscan mode by cycling through your TV’s stretch modes, or by checking for it in the user setup menus. Rogers should have placed these tiles in the “safe zone”, so that they can be seen by those using the 16:9 (2% overscan) mode. (@57)

Clicking on a tile of your specific show, will bring you into the following screen for it: 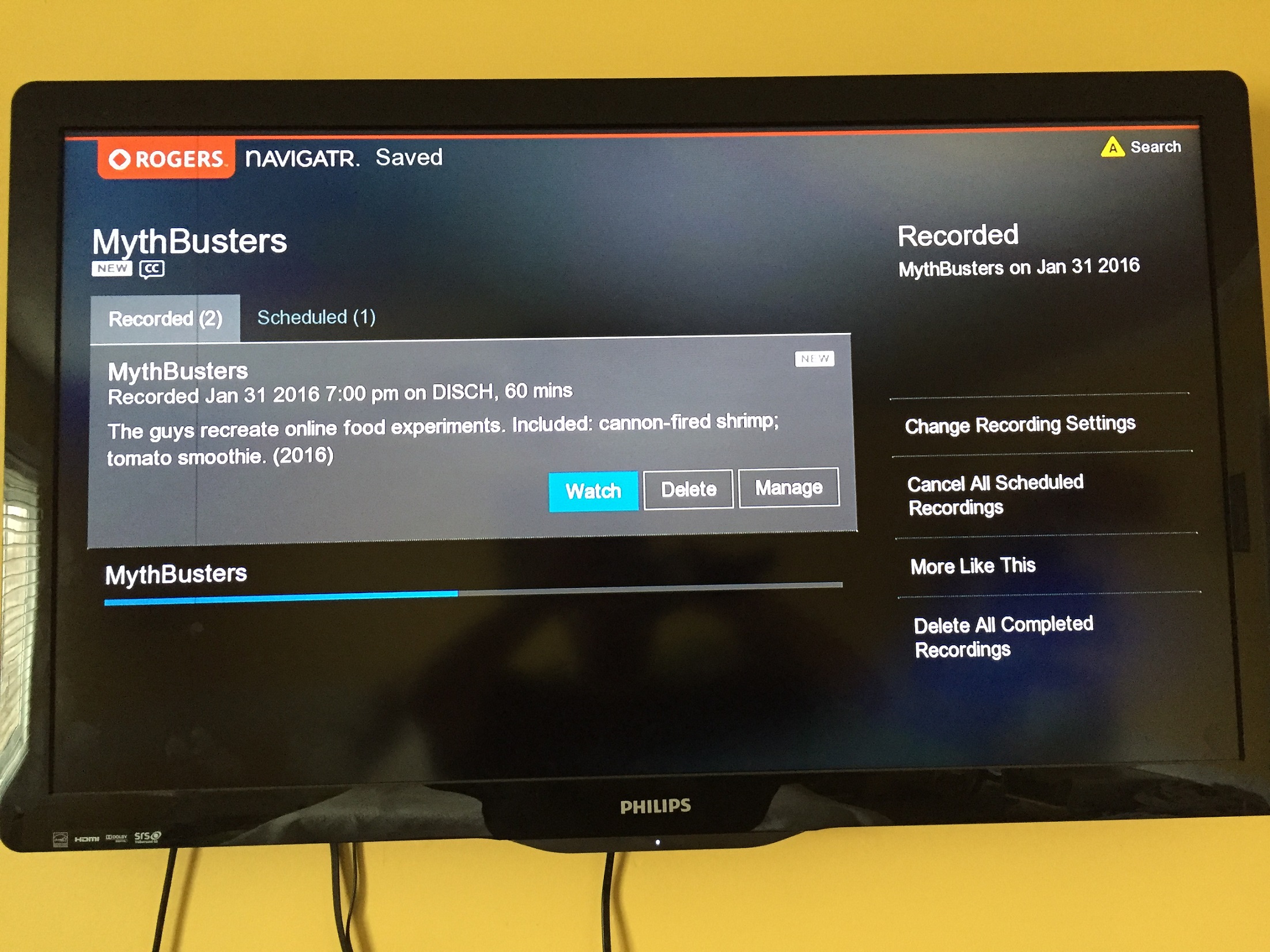 Any program with a series recording or and upcoming schedule should look as above.

To watch a program which has already been recorded:

To watch a programm which is currently in the process of being recorded:

A Stand Alone Recording will look at follows

Managing program recording can be done a few different spots

View All scheduled recordings – This is the closest to the view all sheduled view in the RTN guide
It can be done as follows: 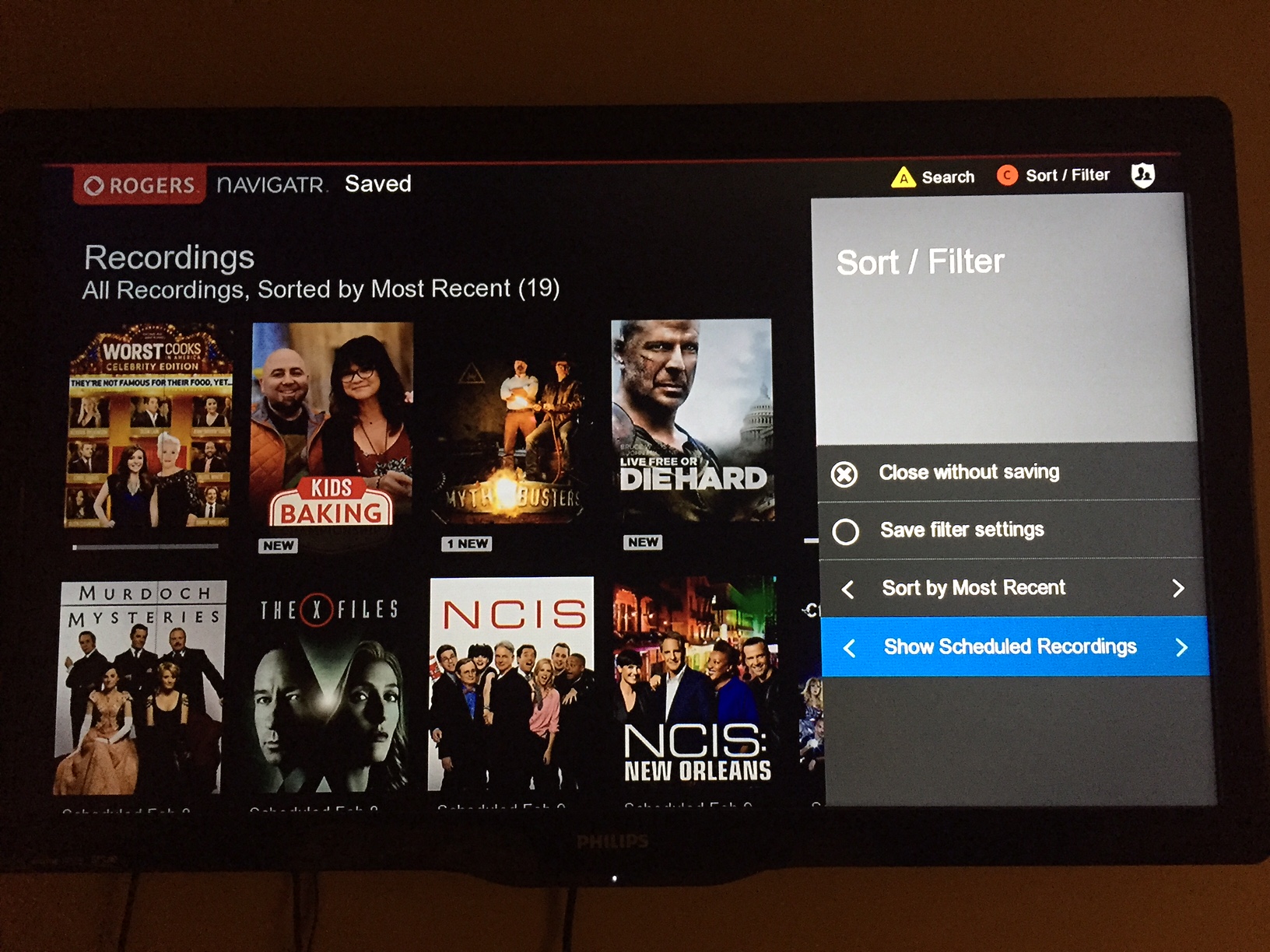 Settings can be brought up by pressing the SETTINGS button.

Alternatively, you can press Menu, then go to the Settings option.

(there are some users in which they are saying that they are not able to see ANYTHING on the setting screen.  The only 100% fix on this right now seems to be a factory reset, but this will erase ALL recordings) 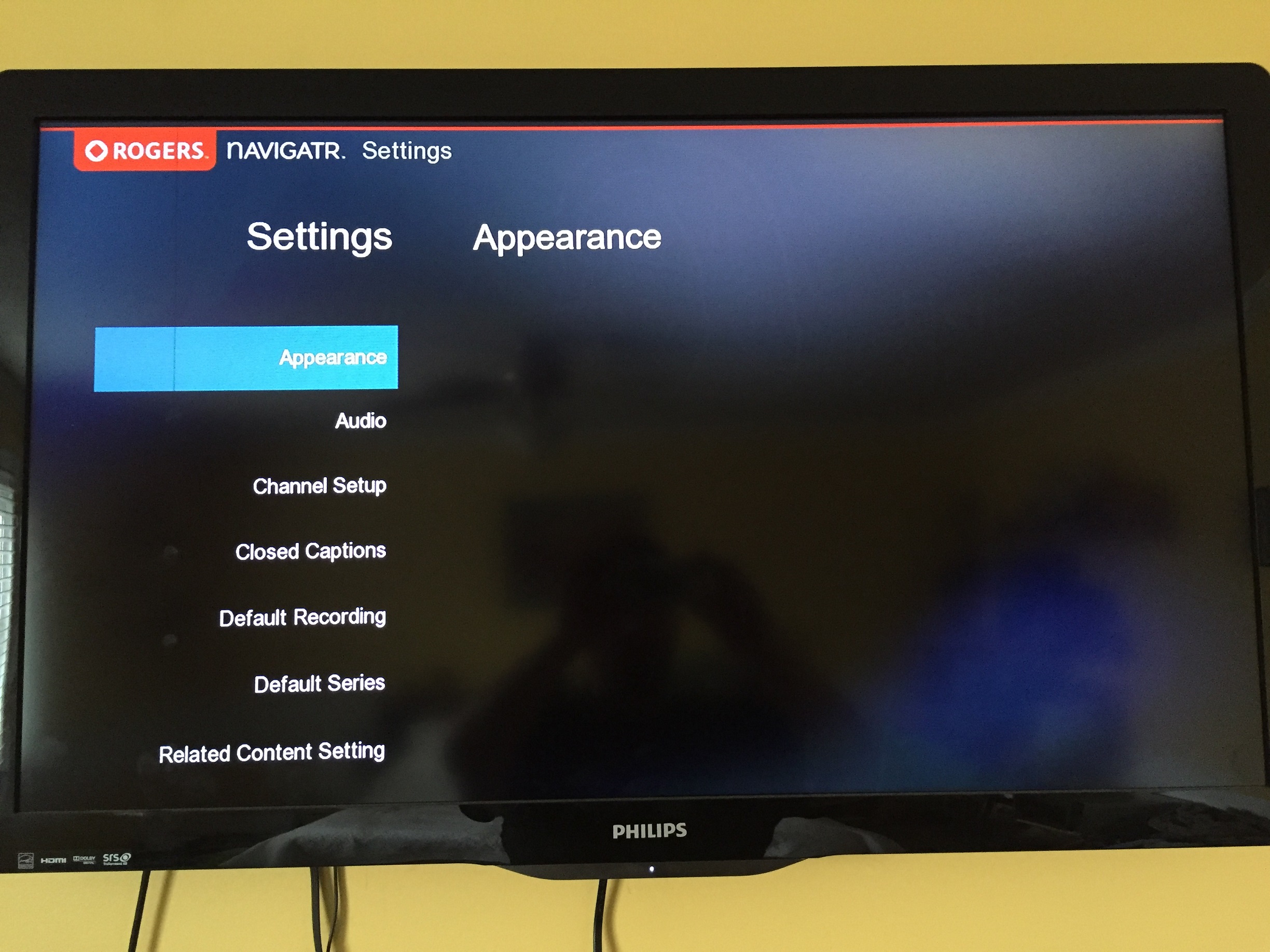 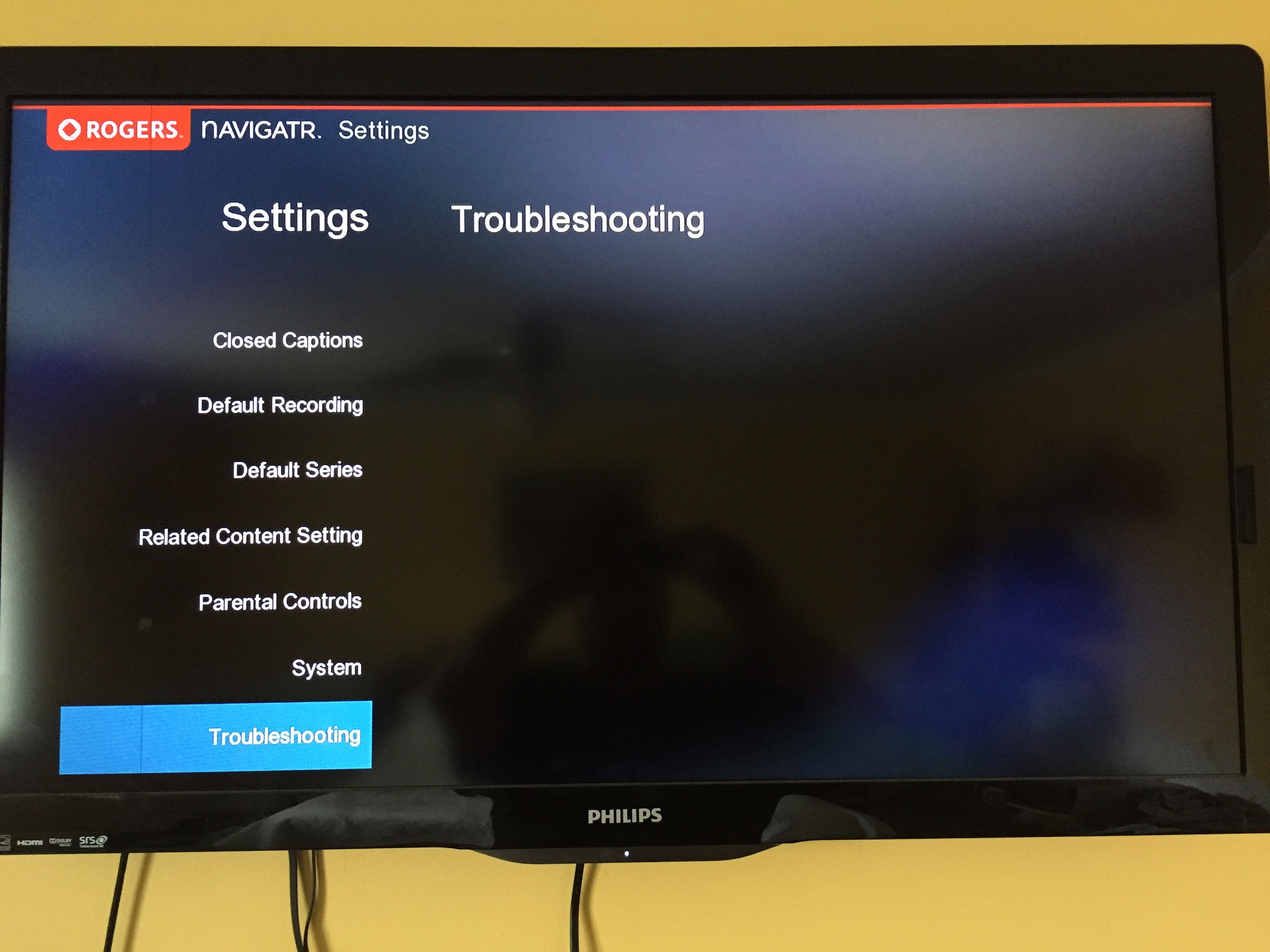 On the setting screen, you will not see anything on the right hand side, until you press select on one of the items on the left hand side.