"According to an internal document we received, Rogers, and presumably all Canadian carriers, will be introducing “Extended Coverage” by the end of January or early February. We do know that domestic roaming deals have been signed between Rogers (including Fido), Bell, TELUS and Videotron that will practically extend coverage and offer seamless roaming, also called soft handoff, between carrier partners in areas with poor or absent service. As a result, fewer calls will be dropped when transitioning between areas with good coverage and those without.

Rogers and Fido customers will know when they are using the Extended Coverage with a new carrier title, 'Rogers – EXT' and 'Fido – EXT.'"

a4ofclubs
I've Been Here Awhile
In response to RogersAsif
Options

Do you have a list of phone models compatible with Rogers-EXT?  I am looking to buy either an iPhone4, 5, 5s, Nexus5 but want to make sure it is compatible in that area.  Currently, the only one that I did not have any issue is the OPO.

Welcome to the forums!

The devices you're considering will work, there is no specific list of phones as any device with an eligible plan will get Rogers-EXT coverage.

a4ofclubs
I've Been Here Awhile
In response to RogersMay
Options

just to let you know that iphone4 is not at all compatible with Rogers-Ext.  This specific model does not seem to support HSPA.  The phone keeps showing a service unavailable message.  I'm disapointed that the is no official list of phone models that are supported.

The iPhone 4 is HSPA compatible.

Meowmix
I'm a Trusted Advisor
In response to Hmm
Options

The iPhone 4 is compatible with HSPA. Even the Apple site is showing this.

a4ofclubs
I've Been Here Awhile
In response to Meowmix
Options

Sorry about the confusion, but I still can't make that device work on the Extended network.  When I enter that area it keeps showing "service unavailable".  I've put the sim card  on another device and it works fine...

Have you checked your network settings to ensure that you have it set to "automatic" rather than "Rogers only"?

Rick2067
I've Been Around
In response to RogersMaude
Options

HI, I am having exactly the same experience at my family cottage. There is a weak Rogers signal that keeps the phone from switching over to Bell. I wait for minutes on end for text messages to send. I want a simple way to instruct my phone to switch to Rogers EXT and stay there. I'm not trying to do anything evil to Rogers - the current situation just does not work. I don't want to switch to Bell as the tech support is questionable but I am heading that way.

steveburke23
I Plan to Stick Around
In response to Rick2067
Options

You can manually switch to Rogers Ext. by going into settings, /mobile networks,/ network operators,/ search networks, and then you should see options to pick a different network operator
0 Likes
Share
Reply

toolcubed
I'm a Senior Contributor
In response to Rick2067
Options

Rick2067, not sure what you mean by Bell's customer service being "questionable"...it's no better or worse than Rogers' customer service. I've been with both carriers and can speak from experience. Don't let that be your deciding factor. Go with the carrier that offers the best coverage/service (where you spend the majority of your time) and the best price.
0 Likes
Share
Reply

Tigurr
I Plan to Stick Around
In response to steveburke23
Options

I can confirm that is the way I was able to "lock on" to rogers-ext on lollipop builds.

Was quite handy here in Northern Alberta where the Rogers signal is lacking, but telus / bell is strong, for the most part.

Unfortunately there seems to be a known bug in all note 7 marshmallow ports for the note 3.  Where manual network selection is not an option, just results in an error. 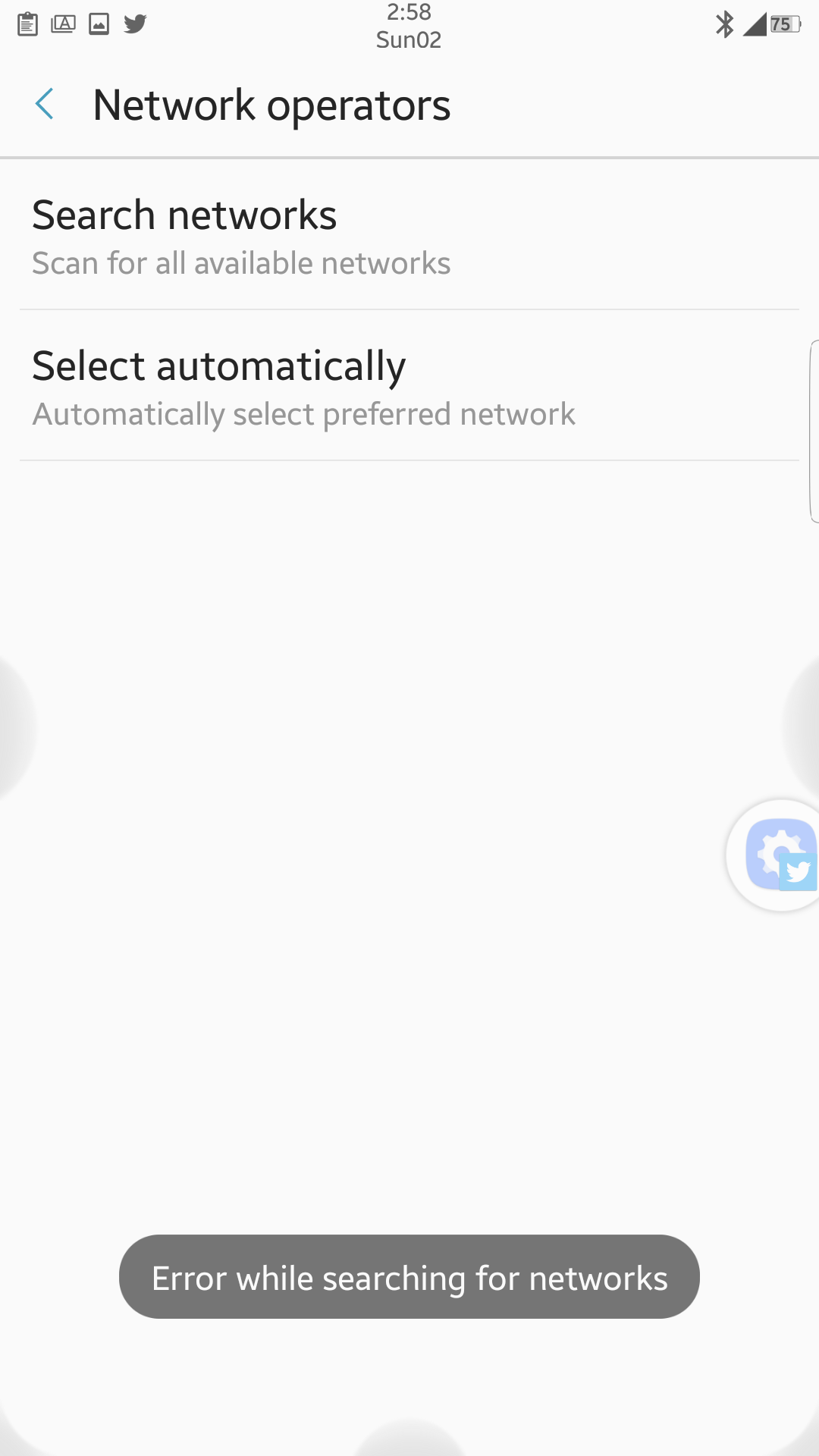 Thank you so much for sharing your experience with the Community. We appreciate it 🙂

@Rick2067 have you tried the steps listed by @steveburke23 and  @Tigurr? Please keep us posted.

Amkerry
I've Been Around
In response to RogersZia
Options

Got text that said I recently entered a extended coverage area? What does that mean?

Extended Coverage provide additional coverage, when outside of the Rogers network.

For more information on Extended Coverage, check out the below link!

In port loring Ontario you can call with bell but not with Roger's. Last year Roger's worked but was spotty
0 Likes
Share
Reply