Hello @SHWings21 and welcome to the Community

It's surely a better viewing experience on Apple TV!

May I know what generation Apple TV do you have? Were you able to use NHL LIVE previously?

fredramsay
I Plan to Stick Around

Had my issue fixed in this thread a while back.  Since then Rogers has canceled my free subscription.  Went on the live chat and got the issue straightened out, at least I thought I did.  The Rogers agent had to sign me up for a free month of NHL Live until the tech department could get things straightened out.  Worked fine after that until last night when I tried to watch the Leafs play.  No longer had access to NHL Live.  Got on live chat and they did the free month thing again but still not able to watch the Leafs play because now I have the geolocating problem again.  Live chat rep says this is a common problem with geolocating and they will straighten it out manually.  The rep transfers me to someone else who creates a ticket for the tech department.  I asked how long to expect before they would contact me and i'm told it could be 48 hours.  25 minutes to game time and i still haven't heard from them.  Is it just me or has anyone else had this hard of time watching hockey with the free subscription? I'm sorry to hear about the ordeal you've been having with NHL Live, but I'm hopeful we can get your issue resolved.

Did you hear back yet regarding your ticket? Were you able to catch the game yesterday? Btw that call on Brown in overtime was awful!

fredramsay
I Plan to Stick Around

Hey Shaun,  that was an awful call on Brown.  Would have been nice to get the win but they were lucky to get out of there with a single point the way they were playing.

I was able to watch the game on my phone but i wasn't working that well.  Have not heard back regarding any ticket yet.

I believe you might have been involved in fixing this problem for me last time back in October.  The ticket number that got the problem resolved was CT12967024.   Think they had to confirm my location and override the geolocation issue.

Absolutely, a win would have been nice.  Hopefully, the next game.

I appreciate your patience, please send us a private message at @CommunityHelps so that we can check the status of your pending ticket and expedite it for you.

Are AppleTV app blackouts different from the ios phone app?  trying to watch the leafs/sens national game on atv and it says its blacked out yet on same wifi i can play it on ios app and airplay it to atv...  im in ottawa but its the national game it shouldnt be blacked out at all.  i can also stream it on cbc...  doesnt make sense on my its blacked out on apple tv.

This blackout sucks cause I thought the point of it was I can watch the games anywhere. If I have cable but am not at home I can watch my local team, but it's blacked out. Today I am even getting blacked out on the Saturday night national leaf game. So I live just out side of Toronto and I can't watch any leafs games at all unless on the tv. What's the point. Am very unhappy with Rogers NHL center ice
Message 127 of 154
935 Views
Report Content
Reply Reply
0 Likes
Highlighted

kanatablues
I Plan to Stick Around

Abysmal service. I like the Leafs but sorry, they aren't my favorite team. I do like to watch them, though, very exciting. All my services are with Rogers, can't believe they still haven't figured this mess out. They did last year for a bit, seems to have been a struggle this year.

Upset me enough to get me to post, yet another time while I can't watch the game online at home. Could watch on TV but wrong room atm. Sorry, can't sign up for any more Rogers services so I don't know why the grief.

It's a death by small cuts, so many things done so poorly.

To further my problem, about 15 minutes into the 1st period it began to work on the ATV.

Great.  Then about 10 minutes left in the 3rd period streaming stops and I get the blackout message on AppleTV and my iOS phone app.  Had to use the CBC stream.

I understand the blackout rules, this was the national HNIC game, its the free game!  Shouldn't have been marked as blacked out at all for anyone! 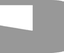 Thank you for your posts!

I know how upsetting it is to experiencing issues streaming your favorite game.

We appreciate you took the time to bring this up to our attention.

Blackouts only apply to in-market NHL games. National games and out-of-market games are not subject to blackouts.

Blackouts are applied based on four criteria:

When you're trying to watch an in-market game you'll only be able to access that game on television from the local broadcast partner that owns the TV rights. Within Rogers NHL LIVE™ that game will be blacked out.

Let us know if you have any other questions!

Message 130 of 154
882 Views
Report Content
Reply Reply
0 Likes
Where do you want to go?
Topic Stats
Recent Knowledge Base Articles
View All