DominicB
I Plan to Stick Around

When my Passport is booted up without a SIM, in the HUB I see Emergency Alerts, like this: 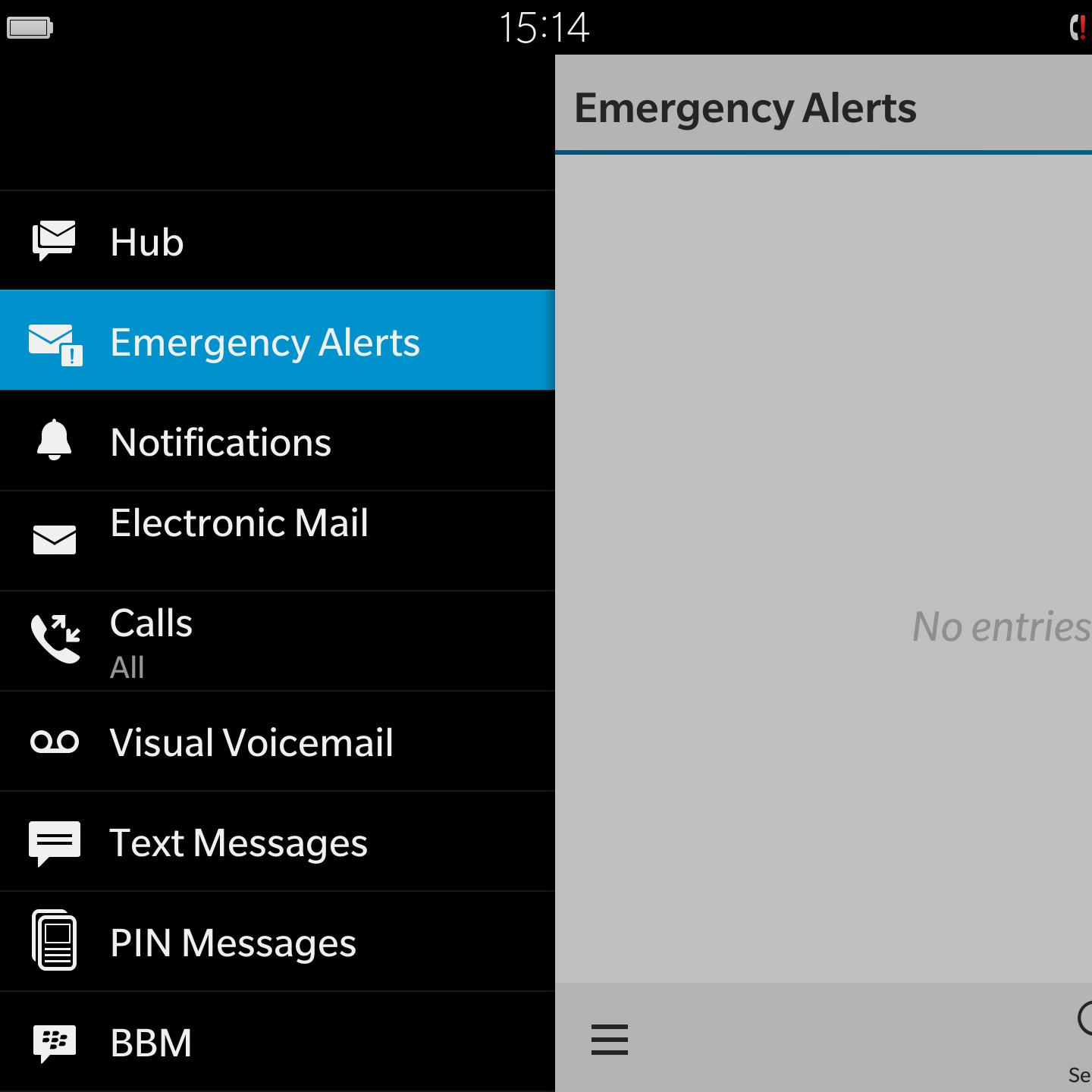 When I boot the unit down, re-insert the Rogers SIM, boot back up, poof! ... Emergency Alerts is gone from the Hub.  Since 911 works without a SIM, do you suppose it is picking this up from Bell?  Bell's signal is stronger where I am.  Mine is -115 dBm (one bar).  Ouch.

With the SIM still inserted, I navigate to Hub, then [vertical ... in bottom right hand corner]  | Settings 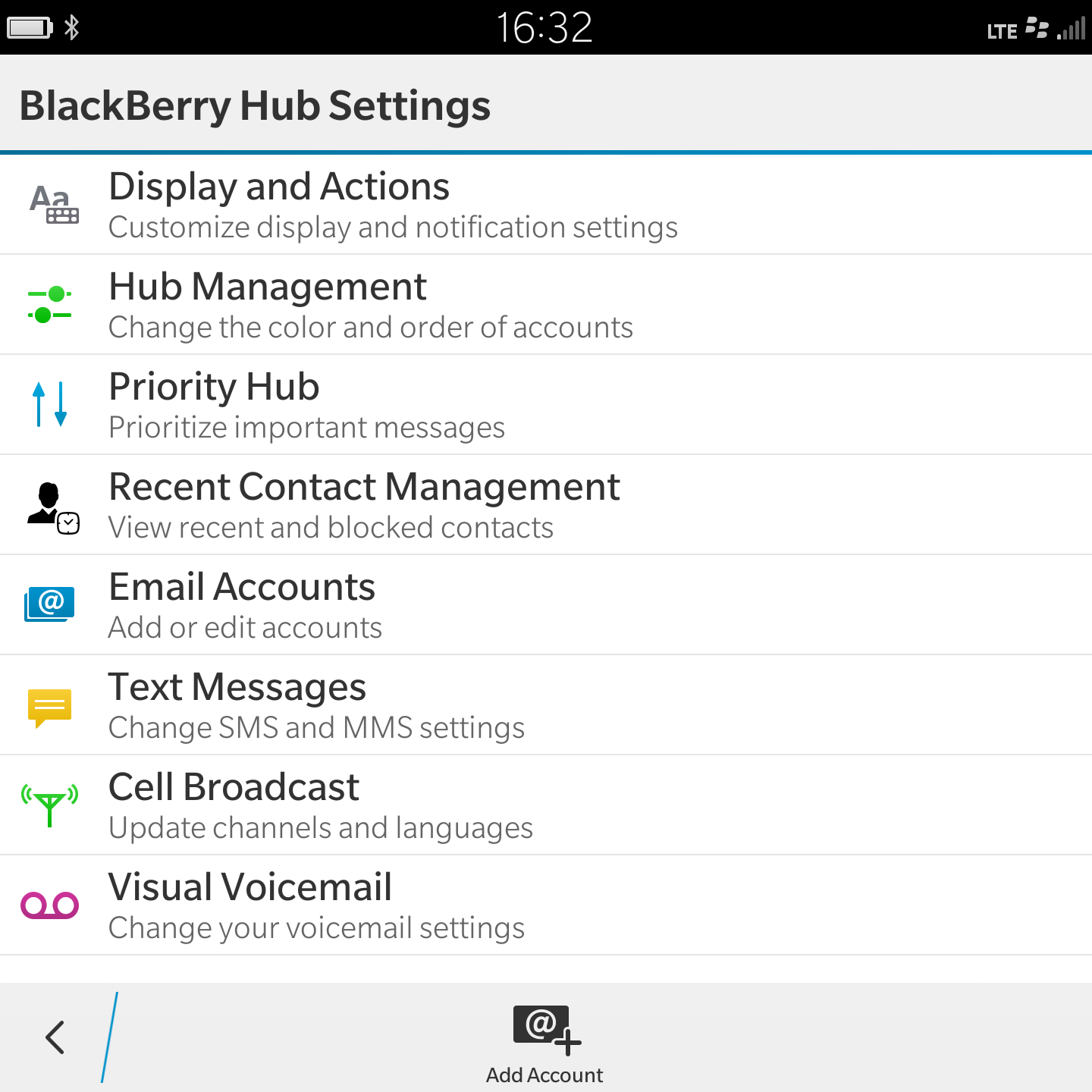 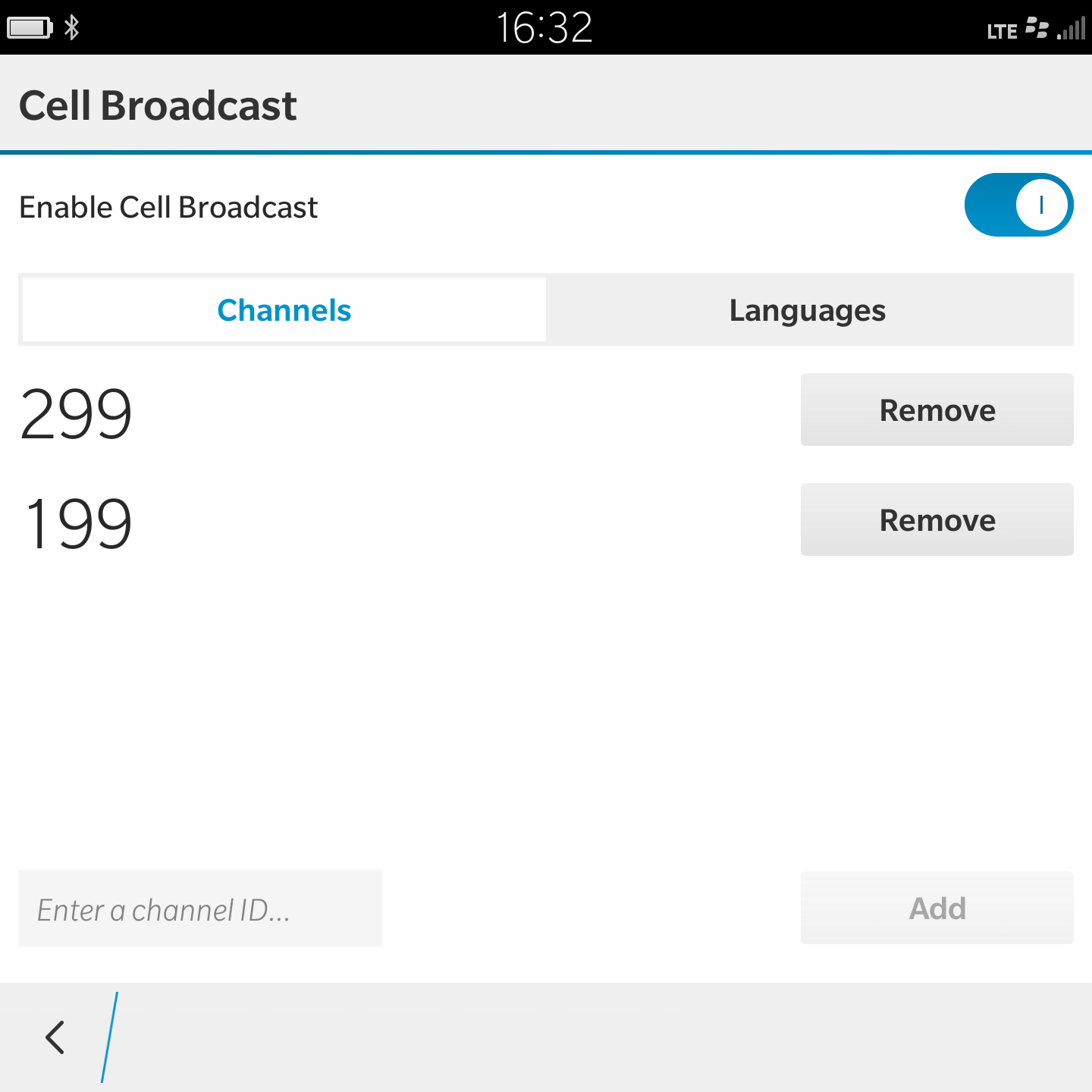 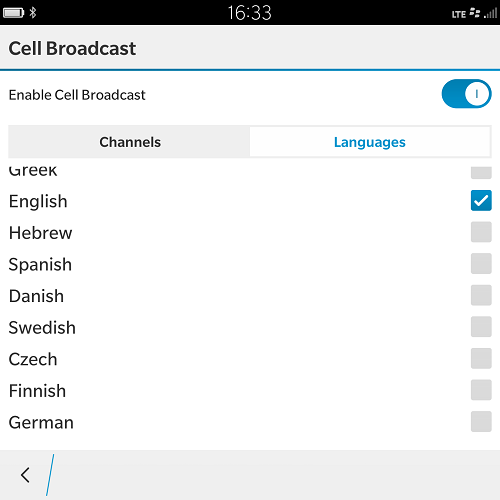 Is there something wrong with my setup, or is this not yet supported in my area?  I'm in Bradford, ON.

Hope you guys know the answer to this one.  Sorry, I come up with all the weird questions.

There is no service yet I believe for Emergency-Alert-System on text messages. The Passport has it by default like most phones but get turned off or disabled when the carriers sim or bloatware comes on. That's how I know it as.
Message 2 of 4
4,410 Views
Report Content
Reply Reply
0 Likes

DominicB
I Plan to Stick Around

@Meowmix... If I didn't hate Android so much.

Maybe I'm an old coot, but how could the better operating system with the "slicker" UI with the better security and with a tactile response keyboard fail?  Does not compute.  I evaluated all three and wasn't religious about it.

I'm a Nortel dude, and the same thing happened to us.  People went with the crappier stuff.

This is why I think Millennials ... there must be something wrong with their reasoning circuits.  Can't they see what is better?  Now the native BBs are going to be orphaned in two years and RIM has 0% market share now?  RIM and NT went to zero.  I still don't believe it and it's been years since we kicked the bucket.

Maybe BB was behind in the touch area for a while, but they caught up.  Is the public so unforgiving that they wouldn't give them a 2nd lookover?  ... when Android and iOS practically stood still.  Apple is starting to go down too now.  So Android has apps.  Wow.  Most of them suck, want unnecessary privs to invade your privacy, and the base OS on an Android phone ... well, you may as well carry a Google surveillance device.

OK Google ... beep-beep ... turn on your covert camera and mic and record my every move.  I'm a celebrity.

The DTEK app was screaming every few minutes.  Why does Google care about my life?

And now all this keyONE hysteria -- how is it better than the Priv, which had the keyboard, which I have and can't stand because Android is an amateur OS.  Can't they refine it?  Almost every function requires more steps and keypresses to do the same tasks.

These Millennials just ain't right in the haid.  They cut the cord on landlines, now ... TV.  Did they ever see what those landlines in the 90s could do?  They'd rather stream than own the DVD.

Any unknown caller could be intercepted and asked to record his or her name -- then the switch calls you and plays back his or her announced name  recording while that person is placed on hold ... then it gives you options on how to treat the call.  Boot him, take the call, send him to VM, block him.  No cell can do that.

If somebody calls you as a PRIVATE CALLER, you won't see the number.  Dial *60 and then #01#, and his number goes on your blacklist, even though you don't know what it is.

If you lost a call and it went to voice mail, you could still tap in and listen and then tap in again to enable the mic and grab the call.  Can't do that on a cell.

Talking Call Waiting .. the machine would speak the name of the 2nd caller.

If you didn't have Call Waiting, I could dial it on to your line for just that call.

Canada does not yet have a wireless alerting system.  It is to be implemented in April of 2018 according to the CRTC ruling.  The carriers are working on the project now.   Don't count it working on all cell phones though immediately - carriers are required to stock 50% of phones that are compatible but yet to be seen how many current phones on the market can be made compatible and how that work will be done.  https://crtc.gc.ca/eng/archive/2017/2017-91.htm

Message 4 of 4
3,956 Views
Report Content
Reply Reply
0 Likes
Where do you want to go?
Topic Stats