laura52
I Plan to Stick Around

Thank you for the information and letting us know about the AODA.  I personally, like many here have already contacted the CRTC in which Rogers did contact me with a promise that a temporay fix will happen in April and a permanent fix will happen.

@KWoo wrote:
Thanks corgi998. I knew how to turn it on watching live tv......assumed it would be the same for recorded shows! Just have to remember to turn it on while live before switching to something on the pvr. Appreciate the assistance.

Actually there is a way to do it while a recorded program is playing.

It was found recently by one of us, and is outlined in detail a few pages back.

Basically, you hit guide then info and go down to cc on/off.

None of this is very intuitive. A key dedicated to cc on/off would be ideal.

I'm sure there are some mostly unused keys on the remote that could be put to that use.

Also, The mods would do everyone a favour if they would respond directly to those who ask and post on this topic rather than sitting passively by.

PLEASE READ THE 2nd LINE of the MODERATORS TAG LINE. below/

We will try to answer questions and direct etc..

The problem is, this has been going on for nearly a year, I also wrote the CRTC and Rogers has been more then aware about it for months, Since the update to the nextbox new software aka navigator , it has been an issue, in my mind, why pay for something that is not working..... people should speak up and demand a refund to his/her cable bill...... April a temp fix after waiting since Jan, and june a perm fix after waiting since Jan, and some since July of last year, is not good enough, and people should be compenstated accordingly.

the issue at hand for most though is some channels recorded CC , aka CTV, GLOBAL, CBC.... comes up in gibberish language and has been for nearly a year, and even more so since the new navigator software being push thru......  people need to step up to the CRTC and Rogers, and say it's a violation of someone who is deaf/hard of hearing basic right to CC........ This has to stop and they need to take our complaint more serious

Adding my voice to this disgusting treatment by Rogers by shirking its responsibility to the hearing impaired community to provide a service that works.

jetflier
I Plan to Stick Around 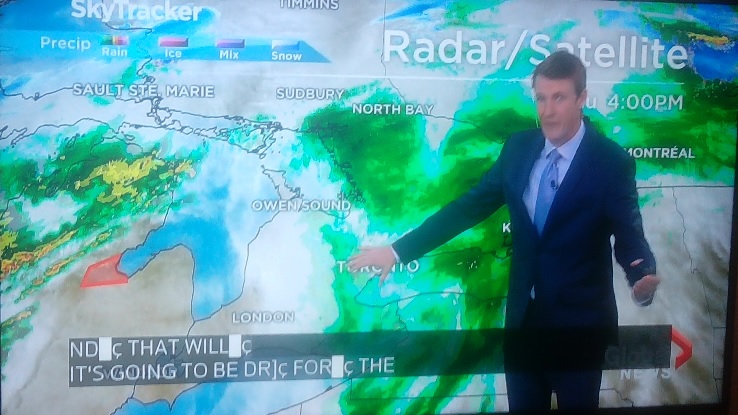 I sent in a complaint to the CRTC

I then received a call from " The Office of the President" (which in itself is a joke and a comment on how Rogers thinks it can fool its customers with such an official sounding call, could I ever speak to the President of Rohers...well of course not) who wanted all of the details of the issues I am having, this to give at least an appearance that they care.

Please Rogers Employees, do not try to talk down or think people are stupid enough to fall for this load of Corporate Propaganda.

He told me they have a fix, I said well what is taking so long, he said they have limited times to update the software, I said you seem to update mine every few days, stopping my recordings when doing so, he said I do not want to argue, I said yes that is because Rogers does not care about people with disabilites, he said not true, I said then fix this issue.

"I was contacted by someone from Rogers Cable.

They admitted to the issue and say they are working on it, in fact they know the cause. This has been going on for over 8 months and they are not taking the situation seriously, they are spending all of their time and energy making these phone calls which are nothing more than "lip service" to make it appear they are going to resolve this. The excuses are they have limited time to do update, well my PVR is updated almost every other day so this is not a good reason."

The CRTC is now going to ask Rogers to respond, I just cannot let this go.

The Rogers guy from the Office of The President, assured me this does not happen on Live TV only recorded shows... of course it does!

Rogers knows what the problem is, but is taking forever to fix it!

To help get them off their dupas, when a recorded CC does not work, I send a note to the CC sponsor know that their support and $ are wasted thx the Rogers.

Message 240 of 299
1,559 Views
Report Content
Reply
2 Likes
Where do you want to go?
Topic Stats
Recent Knowledge Base Articles
View All